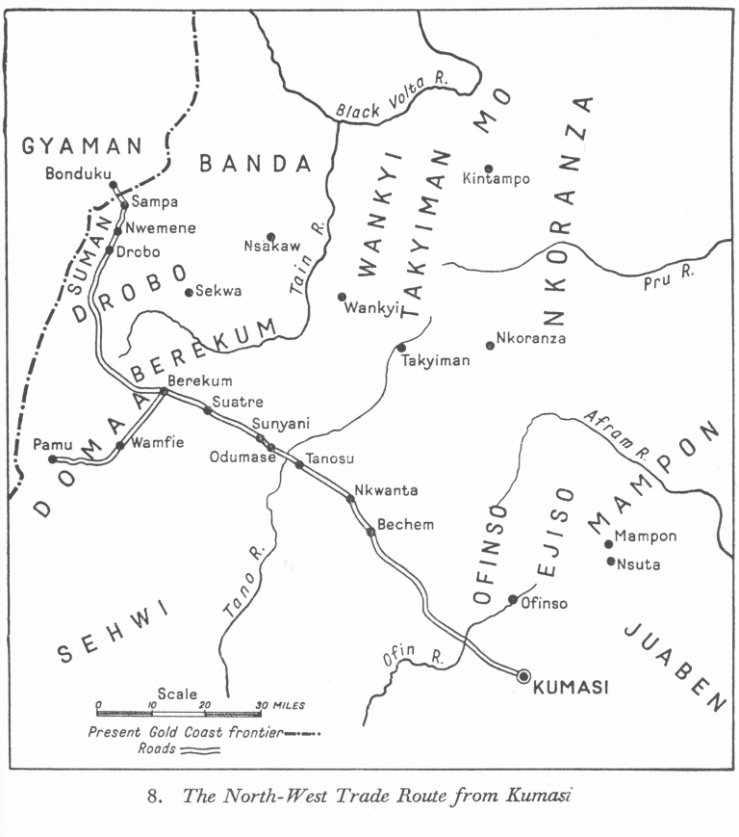 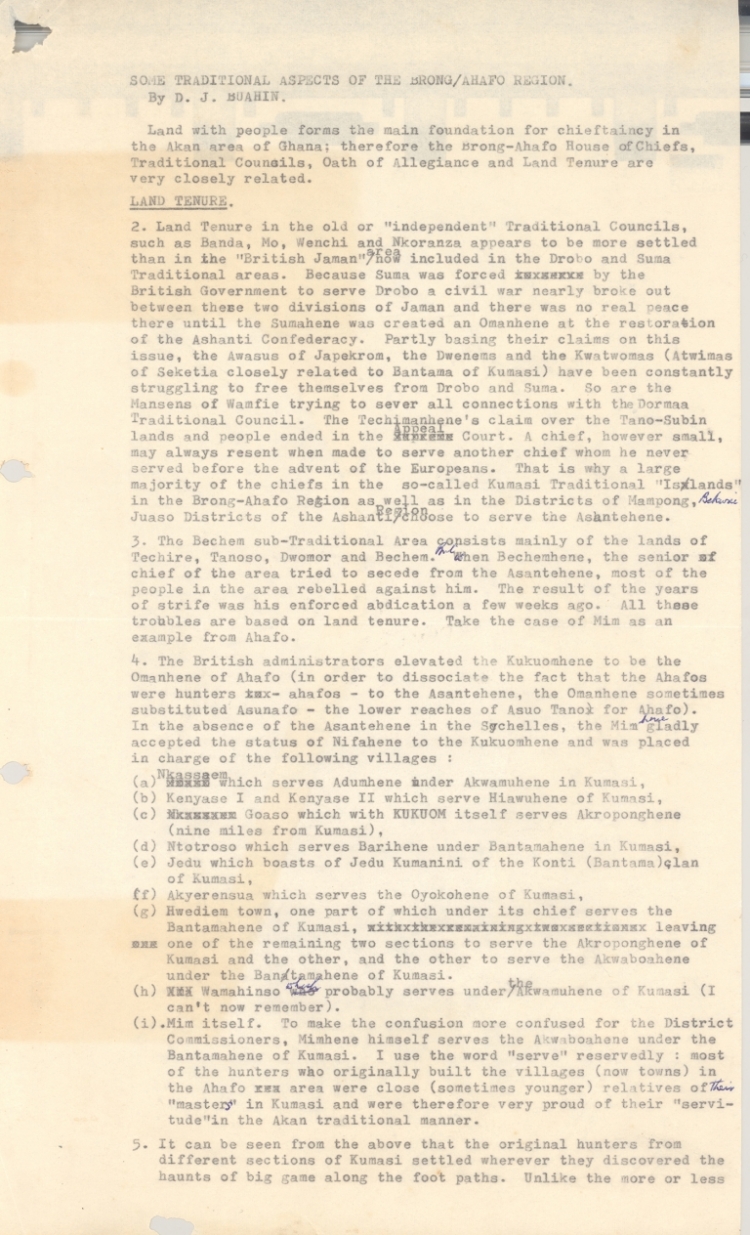 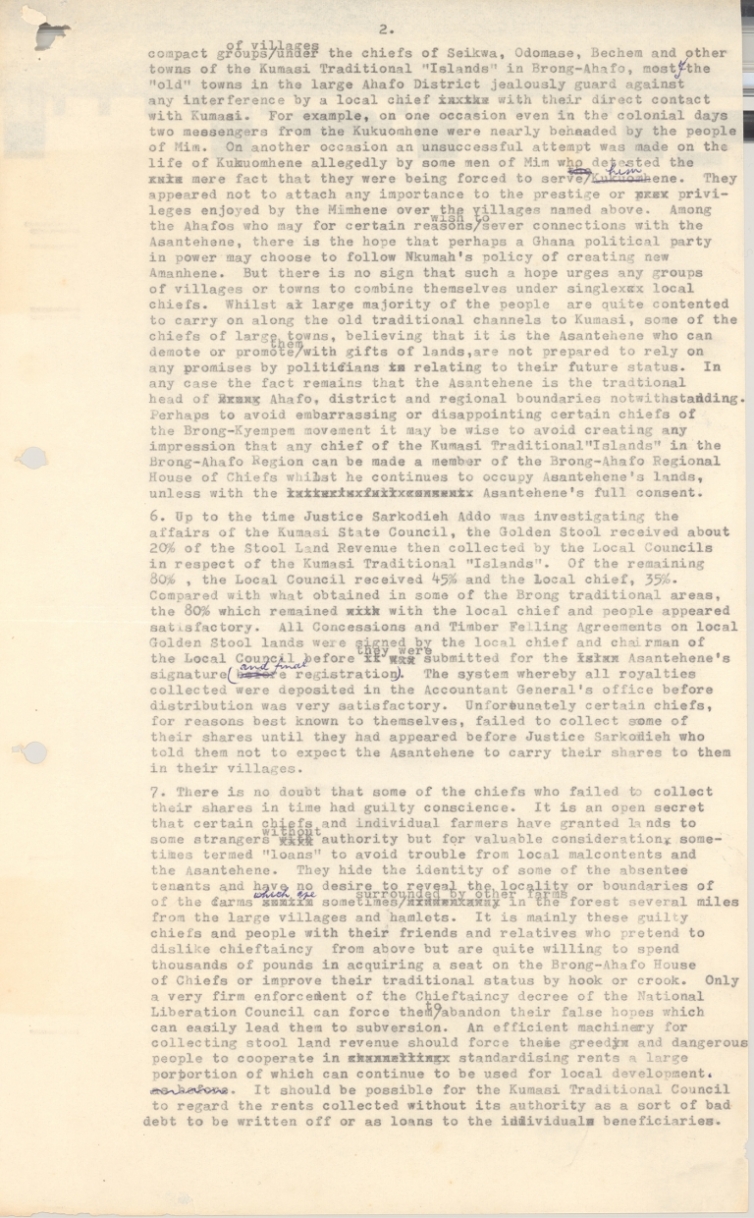 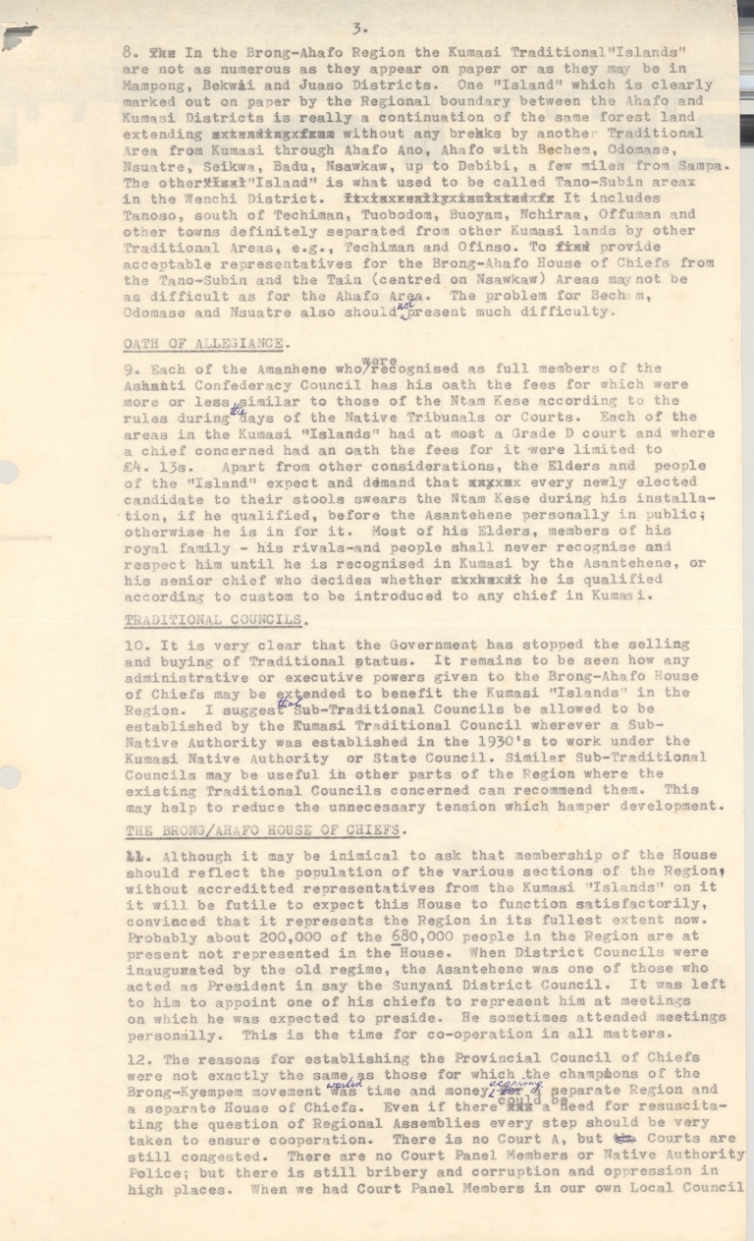 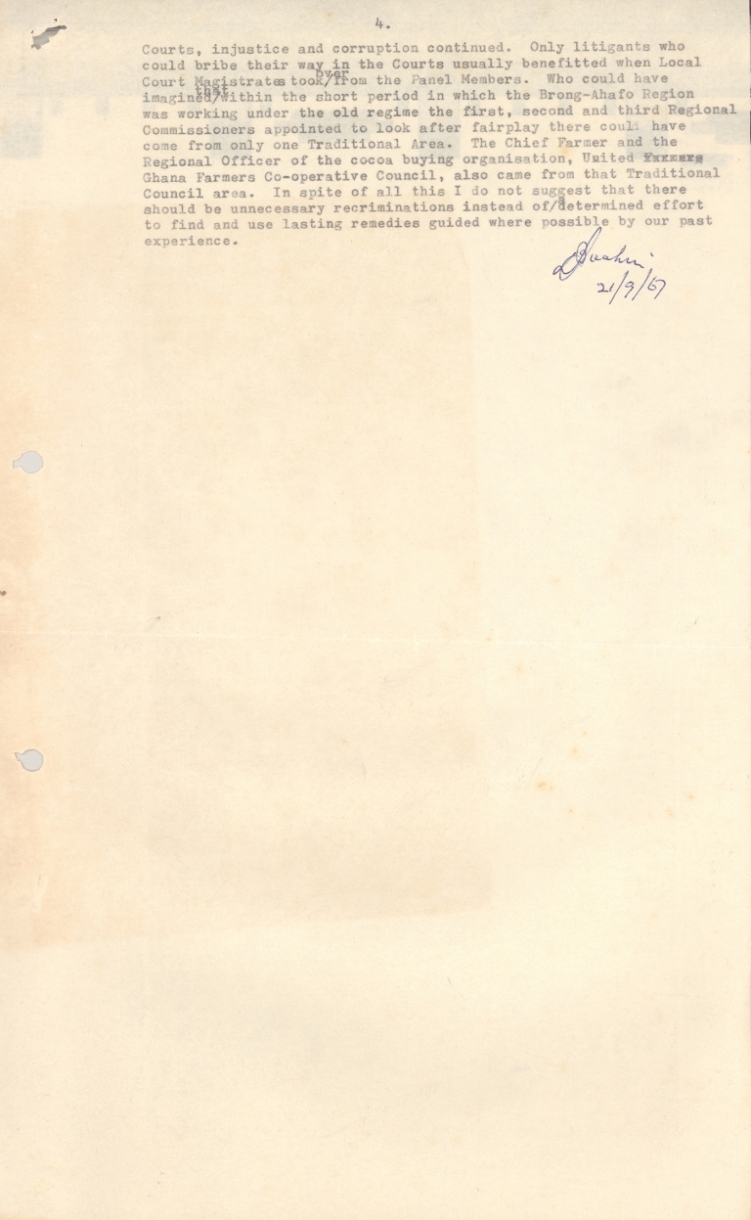 Musings on some historical aspects of the Brong Ahafo Region, written in 1967 by the Akyempemhene Piesie of Awua-Domase, from the perspective of a well-informed history buff who was also the son of a Barimhene (of Awua Domase), grew up in Ahenfie, lived in and functioned as an Asante subject within the greater Asante Nation for more than 2/3rds of his life (82 years old when he passed on), before finding himself the subject and citizen of a so-called "Asante Island" in the newly-created Brong Ahafo Region. The document was written as one of several memos that he wrote in 1967 as part of his preparation for his work as a member of the Constitutional Commision of the Second Republic of Ghana. When he refers to "the old regime", he means Kwame Nkrumah's CPP Government of the First Republic of Ghana.

Please, click on the thumbnail for an expanded view of the page.